Clark Custom Guns, Inc. specializes in new custom gun builds, customizations and repairs of the 1911, Smith & Wesson Model 41, various Revolvers, Ruger® 22 rifles and the exclusive custom AR-15 GatorTM. We pride ourselves on our superior quality in everything we do. The Clark guns have been used in the competition shooting arena for decades, claiming numerous national and world championships as well as several world records.

Visit our showroom in Princeton, LA, to see the abundance of trophies and plaques. We are open Monday – Friday, 8:00 am – 4:00 pm CST.

Clark Custom Guns, Inc. gun innovations include, but not limited to: 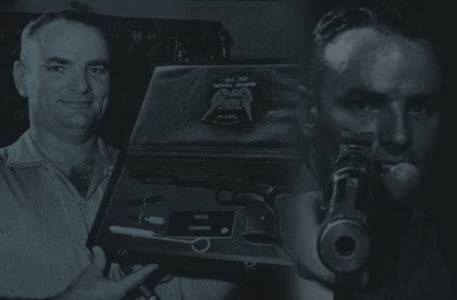 The ONLY person to win both the Pistolsmith of the Year Award & the Outstanding American Handgunner Award.